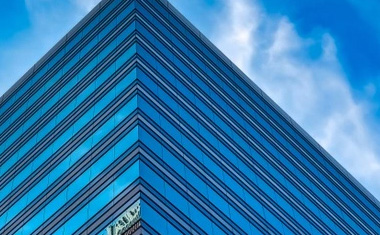 The project is a large-scale commercial downtown Toronto-based building, amassing nearly 800,000 square feet (sq. ft.) and home to over 20 businesses, in one of Toronto’s most coveted business neighborhoods. Eddy’s Intelligent Leak Protection system was installed in August of 2020 to provide protection to building management and occupants. Eddy’s system was deployed in the common areas, in-suite, the mechanical penthouse, and the main feed zone.

On November 26, 2020, at approximately 12:10 pm, Eddy’s system flagged usual water use, indicating a flow that was nearly 50 liters/minute. An alert was received by building management, and subsequently, the manual shutoff was deployed. The building was experiencing a leak, and management was able to identify and effectively deal with the issue before significant water was lost. When the building was secured and ready, the water was again turned back on to ensure minimal disruption to tenants/staff.

This demonstrates the building’s exceptional management and response time, equipped with the data and insights to ensure that water damage is quickly identified and mitigated.

In less than six months of deployment, the system detected 2 other major issues, including:

Eddy’s system not only helps you prevent major leaks but also equips you with the data and insights for you to make crucial decisions that will help you protect your property.